With an area of roughly 505,000 square kilometers, Spain is the second biggest country in Western Europe after France and surprisingly, the second most mountainous after Switzerland. However, Spain is not a famous winter destination and is more famous for its beaches, as it covers just over 8,000 kilometers of coastline. Just like these, there are some other interesting facts about Spain that you probably didn’t know. Even more, there are some things on this planet which you can experience only in Spain and nowhere else. And this article is about that: the 12 interesting things about Spain that you can only see in Spain and nowhere else on the planet.

Also known as El Camino Primitivo, the Camino de Santiago is a network of pilgrims’ ways serving pilgrimage to the shrine of the apostle Saint James. Located in the Cathedral of Santiago de Compostela in Galicia, Northwestern Spain it is one of the most inspiring sacred walks in the world… Many believe that the remains of the saint are buried here. Walking the Camino is a- once-in-a-lifetime experience, connecting people of all cultures and backgrounds.

The trail starts from St Jean Pied de Port and ends 800 km away at Santiago de Compostela. It takes approximately 5 weeks to complete the full walk! However, you can still get the Compostela certificate if you pass at least the last 100km. To do that you will need to obtain two stamps per day in your pilgrim passport, in order to get the certificate. But if you don’t feel like it, you can always take a road trip. Just make sure to check out our guide to make sure you’re well prepared before embarking on your journey.

The ultimate test for thrill-seeking adventurists, the tiny village of El Choro in Malaga, Southern Spain is famous for being home to the world’s scariest pathway. The one-meter-wide Caminito Del Rey (the king’s little pathway) was inaugurated in 1921 by King Alfonso XIII. The small pathway is 3,000 meters long and 101 meters tall but it’s literally hanging off the sheer, vertical rocks. Needless to say, the hike is a big challenge as the road is in a highly deteriorated state and there are holes everywhere. After several fatal accidents in the 2000s, the path was closed in order to make the pathway safe again. Today the pathway is open again but still looks pretty scary.

Are you one of those people that thought Europe is the only continent without a desert? Well, you’d be surprised to hear that Europe actually has a desert hidden on the Southern tip of Spain. Desierto de Tabernas is one of Spain’s most spectacular and underrated destinations. It has a characteristic hyper-arid climate and a lot of dramatic lunar landscapes. The iconic scenery was actually used as a backdrop for a lot of famous movies. Some of them were “Indiana Jones and the Last Crusade” and “The Good, the Bad and the Ugly”.

If you want to get to places like this, the best choice is to rent a car in Spain. You can save up to 20% by using this AutoEurope special offer. 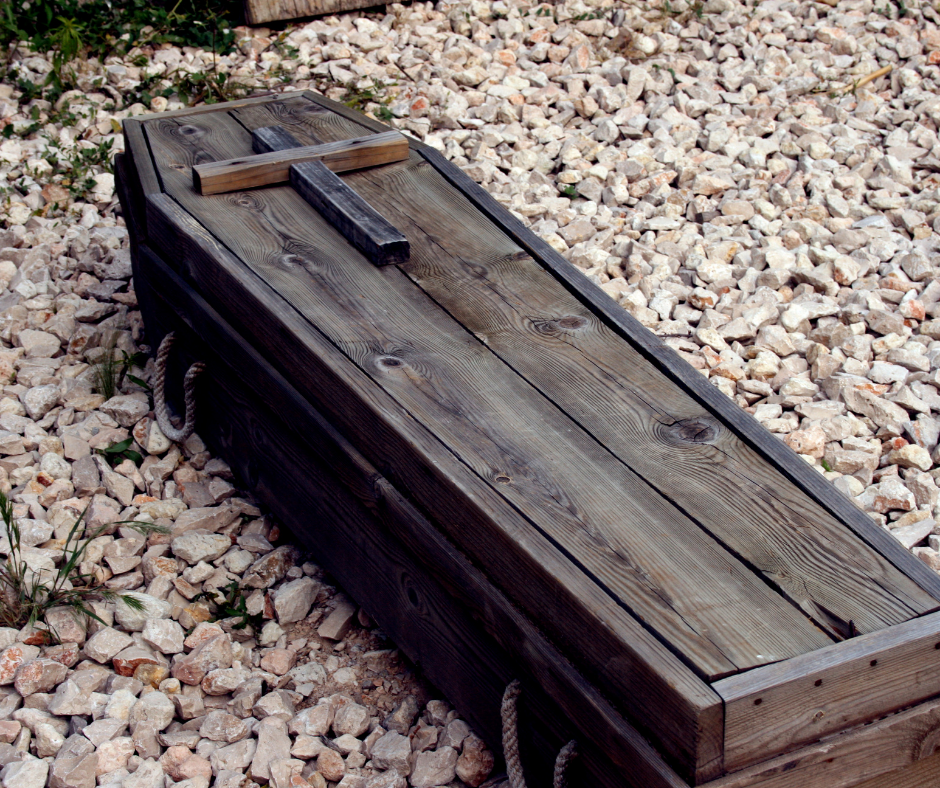 Spain is famous for its crazy festivals but La Fiesta de Santa Marta de Ribarteme is probably the most bizarre one. This festival takes place in the town of Las Nieves, Galicia which is an area that is historically famous for witchcraft and paganism. The locals celebrate this festival by putting the people that had a near-death experience in the past year in a coffin and carrying them to the city cemetery. It’s a way of celebrating the fact that these people faced death and lived to tell about it. The festival got its name after the Saint Marta de Ribarteme, the patron Saint of resurrection.

La Tomatina is a festival held in the small town of Buñol. This is probably the largest food fight festival in the world as thousands of people from around the globe come to the small town for this occasion. Before this fiesta starts, locals use huge plastic covers to protect their houses from the carnage that’s about to happen. The festival takes place at the end of August and official ticketing has taken place since 2013. The festival starts at 11 AM when trucks bring thousands of tomatoes to the city square, Plaza del Pueblo. To make things even weirder, in order for the festival to begin, someone needs to climb the high, greased-up wooden pole and grab the piece of ham at the top. This can take some time but after it’s done, the firing of water cannons signals the start of the fiesta, and the chaos begins.

If you’re interested in bizarre festivals, you should check out the most unusual ones in India.

The quest for the Holy Grail has made a name for itself in religion, literary fiction, and even movies. However, not many people know that the actual Holy Grail is housed in its own chapel in the Valencia Cathedral. Or at least, it’s the only one recognized by the Vatican as the potential Holy Grail. The artifact is nestled in a cove in the wall in the chapel, serving as a focal point for people’s prayers. It’s been in the cathedral since the 15th century. And if that isn’t enough for you, this cathedral is also home to the mummified arm of St Vincent of Saragossa.

7. Take a Zipline across the border

You probably didn’t know about this but Spain is the only country that gives travelers the opportunity to ride a zip line through the border. Known as the Limite Zero project, this zip line starts from Sanlucar de Guadiana, a small village in Andalusia in the south of Spain and it ends in the town of Alcoutim in Algarve, Portugal. This one-minute-ride will not only get you to zip-line your way to another country but also go back in time. Even though neighbors, Spain and Portugal are in two different time zones.

Too adventuristic for you? If you’re looking for a more traditional transportation method, check out this special offer by Qatar Airways and save big on your flight to Spain.

Animal rights activists keep criticizing it, while Spaniards complain that it’s not as popular as it used to be but bullfighting has been a traditional sport in Spain for hundreds of years. It’s an inescapable part of the country’s history that always made me wonder how this cruel ritual survived in such a progressive western democracy. There are more places to witness bullfighting and it depends on what you’re looking for. The most convenient place to see it is obviously, Madrid. If you want to see the traditional way, take a trip to Seville. Finally, if you want to have an authentic old-school experience go to Malaga or Ronda.

9. Dine in the oldest restaurant in the world

Have you ever wondered where is the world’s oldest restaurant and how old is it? It’s right here in Spain! There are several old and impressive restaurants in Barcelona and Seville but the title of ‘oldest restaurant in the world’ goes to Sobrino de Botin. Located in the heart of the Spanish capital, Sobrino de Botin has been Madridians’ favorite restaurant since 1725. The restaurant still uses the original 18th-century wood oven to prepare some of the best dishes you’ll ever taste. If you are interested in the different food options in Spain’s capital, read this detailed Madrid food guide. Alternatively, if you want to try some of Spain’s most delicious tapas, check out this article about the best tapas in Barcelona.

And if that’s not enough, check out my list of the best food destinations in Europe.

Away from the mainland, in the apocalyptic landscapes of the National Park of Timanfaya on the Canary Islands, you will find El Diablo Restaurante. This is the only restaurant in the world that prepares its food on a hot grill powered by the heat of an active volcano. If you’re a real gourmand, this is the ultimate culinary experience that you cannot miss. The famous restaurant was founded in 1970 by Cesar Manrique, a famous local artist.

Enjoying this article? Check out my list of hidden gems in Barcelona.

11. Party at the world’s largest club

Spanish people love to party, so no wonder they have the world’s biggest nightclub on the island that never sleeps-Ibiza. The privilege was founded in the 1970s as a small bar with a public swimming pool. Today, this club is listed in the Guinness Book of Records with a capacity of 10,000 people. The club is famous for its explosive atmosphere, famous guest DJs, and extravagant burlesque parties.

Flamenco is an old, traditional form of folk music and dances that is as popular as it has ever been. Even though it got its name in the 18th century, the Flamenco has been present in Andalusia, Extremadura, and Murcia since the 7th century. Interestingly, the best and free way to see a Flamenco show would be a gypsy wedding. But if you’re not that lucky, go for a Flamenco show! It’s a must when you’re in Spain and you’ll certainly never regret it. The best place to see a Flamenco show is Seville, the capital of Andalusia. After all, that is the region where Flamenco was first discovered. Check out this awesome Andalusia road trip itinerary, if you’re thinking about visiting this part of Spain.

Helpful resources for traveling to Spain

Are you looking for some accommodation options in Spain? Use this coupon and get up to 55% off on your next stay in Spain. Alternatively, if you’re looking for luxury hotels, use this offer and save every time you stay at all Radisson hotels in Spain.

For car rentals in Spain, you can save up to 20% by using my AutoEurope coupon.

If you’re looking for a cheap flight this Qatar Airways discount code to save big on your flight to Spain.

This is such a great list! That walkway looks terrifying though!!

Thank you, Laura, I'm glad you liked the post.

Going to Visit spain next week as I don't know much about it so I was looking for a blog to know the best things to there thanks for this information. As I know What to do there.

Great to hear that. Good luck with your trip to Spain.

Hi, Do you know any adrenaline/extreme activities that can be done in Spain by the end of September or beginning of October? Something similar to the zipline between Spain and Portugal, and to the Caminito Del Rey Thanks

Hi El, some of the things that come in my mind are kayaking in Costa Brava, canyoning in the Siera Nevada, walking the Picos de Europa, paragliding over the Atlantic beaches of Tarifa in the province of Cadiz, and climbing to Los Vados from Granada. Hope this helps :)

it's a great article, however, there's another desert in Europe and it's located in southern Ukraine :)

And these are just some of the reasons why Spain has been consistently in the top most visited countries in the world. Spain is truly a fascinating country worthy of multiple visits. Thank you for this wonderful article.

Absolutely, Raymond! I always discover something new with every next visit.