Studying abroad is a life-changing experience and quite an achievement but more often than not, it also involves high costs. And even though there are a lot of ways in which you can save money when abroad or even make some extra money with a part-time job, getting a degree in a foreign country is still expensive. However, that doesn’t mean that it’s impossible to study abroad without breaking the bank. In this article, we’ll cover the best study abroad destinations in terms of tuition fees, living costs, quality of life for students, and of course, the quality of education. Having these four things in mind, here are the most affordable countries for international students (in no particular order).

Owing to the affordability of services and products in Thailand, some have even crimsoned it the haven of affordable travel. A testimony to the affordability of Thailand is the ton of backpackers that flock the country to enjoy its great attractions. Sure, Thailand is a popular tourist destination but is it also a good choice for international students. Thailand might not be a country that comes in mind when thinking about studying abroad, but it’s a great choice for students that want to experience something different while studying abroad on a budget. In recent years, there are more and more new interesting courses for international students, and when we take the living costs, and tropical surroundings into consideration, Thailand is definitely one of the most affordable countries for international students.

And this is your choice, also check out this list of things not to do in Thailand.

Vietnam has a lot of things to offer to tourists and it’s no wonder this country is one of the fastest-growing tourist destinations in the world. Similarly like Thailand, Vietnam isn’t famous as a study abroad destination but more students choose it because of the affordable living costs, the up and coming universities, and the beautiful countryside. Most major programs for international students are based in big cities like Hanoi and Ho Chi Minh but you can always make a trip to the untouched countryside during the weekends and learn a lot about the Vietnamese culture.

Taiwan is one of the most popular choices for international students out of all Asian countries but they are still trying to attract even more international students. Even though it might not be as affordable as some of the other countries on this list, Taiwan still provides great value for money when we take all relevant factors into consideration. For example, studying at the National Taiwan University (ranks 68th in the world) costs only around $3.000 per year! Additionally, there are more than a hundred courses taught in English and a number of universities to choose from. Finally, street food in Taiwan is super affordable and worth dying for!

South Africa is famous for its diversity of cultures and interesting lifestyle, making it a great choice for open-minded students looking for a place to study abroad. Even though it’s the most developed country in Africa, the living and studying costs in South Africa are still quite low compared to most western countries. And unlike other countries on this list, you don’t have to face a language barrier. Naturally, living costs, HVAC costs, and tuition fees differ based on the city you choose. Additionally, South Africa has a lot of good universities, like the University of Cape Town (ranks in top 200 in the world). Finally, let’s not forget about the sandy beaches, iconic geographical landmarks, safari opportunities, and delicious South African street food.

I was having second thoughts about whether to include India on this list or not, mainly because adjusting as an expat in India can be quite difficult and something not everyone can tackle. It’s one thing to go on a street food tour, see the Taj Mahal and a few other iconic landmarks but living in India is something completely different. That’s why most tourists either love it or hate it and there’s no common ground. However, I personally think that living in India can be a life-changing experience. At least it was for me. If you’d like to learn more about it, check out the life lessons India taught me. With that being said, India has arguably the cheapest living costs from all the countries on this list and a few good, world-wide famous universities, such as Delhi University and IIT.

Even though living in Germany isn’t nearly as cheap as some other countries on this list, I just have to include it in this list because you don’t need to pay any tuition fees if you enroll in a course on a public university (for undergraduate and Ph.D. studies). However, even if you’re looking for a Master’s degree, there are a lot of scholarships and different options, especially if you speak German. Needless to say, Germany has a lot of great universities where you can greatly expand your knowledge and expertise and there are a lot of additional benefits for students, that make living in Germany for students relatively affordable.

If you’re looking for a destination with a lot of good universities and a solid number of English programs but also a rich cultural life, Hungary is as good as it gets. Even though it’s one of the more conservative countries in Europe, Hungary is becoming more attractive for international students. Hungary has five global-ranked universities, which is quite impressive, having its size and population in mind. Additionally, the costs of living in Hungary are some of the lowest in Europe.

We can’t make a list of the most affordable countries for international students if we don’t at least mention Poland. Warsaw, the capital of Poland was ranked as the second most affordable city for students in 2016. Additionally, Poland has some great up and coming universities. To enroll in most of them, you need to speak Polish and pass a Matura exam but there are some good programs in English too. Similarly like Germany, the living costs in Poland are drastically higher compared to some other countries on this list but with all the applicable student discounts (applicable to practically everything from rent and bills to Polish food and public transport), living in Poland as a student is quite affordable. 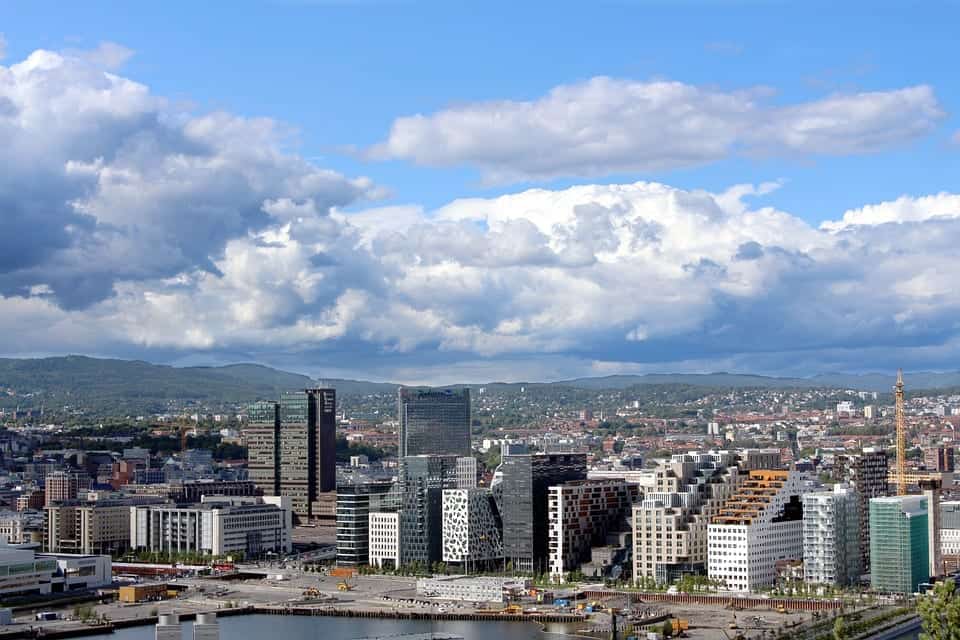 You might be thinking what the hell is Norway doing on a list of most affordable countries for international students but since recently, public universities in Norway don’t charge tuition fees even for international students. Sure, the living costs in cities like Oslo, Trondheim, Bergen or Tromso are still high and probably highest out of all the countries in this list but not having to pay tuition fees makes Norway a great study abroad destination. Norway is also one of the best countries in the world when it comes to the quality of education. Additionally, Nordic countries are famous for their divine, untouched nature that gets even more spectacular during the winters. So, unless you don’t mind the extremely cold winter temperatures, Norway is the perfect choice for you!

Lithuania is the smallest country on this list but having this in mind, the number of programs taught in English is rather impressive. More than 3.000 international students choose Lithuania every year and the number keeps growing. Universities in Lithuania are famous for focusing not only on improving their students’ theoretical knowledge but also on improving their practical skills. The average tuition fees are among the lowest in Europe and the costs of living in Lithuania are probably the lowest out of all countries in the EU. Additionally, all the discounts students in Lithuania get make Lithuania one of the most affordable countries for international students in the whole world.

With its beautiful summer resorts, iconic monuments, and unique and rich culture, no wonder Mexico is the most visited country in Latin America. The capital city, Mexico City ranks in the top 100 cities for students every year but that’s not the only place where you can study. If you speak Spanish, you can study anywhere you want to but the number of programs taught in English is also increasing year by year. The cost of living in most cities in Mexico is relatively low and the tuition fees in most universities are reasonable.

Argentina is the second-biggest and one of the most beautiful countries in South America. It’s also the only country on the continent that has free high education for local and international students alike in most public universities. This recent reform and the increasing number of English programs start to attract more international students every year. Additionally, Argentina’s stunning nature, natural wonders, and fun-loving culture make it a great country to explore and live in.

As the quality of education in Russia keeps improving, more international students choose it as their study abroad destination. A lot of Russian universities provide great value-for-money education and the cost of living in most Russian cities is quite low, making Russia one of the most affordable countries for international students. However, if you choose to study abroad in Russia note that the living costs in Moscow and Saint Petersburg are significantly higher than the rest of Russia. That’s why the average living costs might not be a good indicator if you’re planning to choose one of these two cities.

Really love these destinations as a student

I'm glad to hear that, Dave, thank you for your comment!

Good you have listed student's friendly destinations. I know India and some other Asian countries as good for education and very affordable too. Never knew that Germany has good option too. I would now check it for my children.

Thank you, Yukti and I'm glad you could learn some new things from this article.

This is a nice read and very timely. My husband and I were discussing further studies abroad. We're considering somewhere in Europe. Thank you so much for sharing this post. It is very helpful.

I'm so glad to hear that, Clarice. I'm glad you could get some useful information from this post.

I am quite fascinated by the list as I can't find my country - Philippines as it is quite affordable to study here as an International student. I would agree with Mexico, Thailand, Hungary and India. I'm quite surprise with Germany and Russia though as it's a bit expensive there. Well, I would like to read more and validate it. Argentina is a great choice too!

Hi Emman and thank you for your comment. Based on the official world rankings, the best universities in the Philippines lack behind the ones in the countries mentioned in this article, hence, the Philippines aren't on the list. I'm glad you enjoyed the article, tho :)

Studying abroad is an experience I always recommend, as it truly opens your mind. This is an interesting list, I didn't know that there tuition fees are free in public universities in Germany, while in Thailand and Russia they seem quite high. I would probably choose Norway, I've heard great things about their education system.

Indeed it is, Val. Absolutely, Norway is a great choice and has arguably the best education system out of all countries on this list (at the moment)