A Ladyboy or Katoey (in Thai) is a transgender or a transsexual and most of them are based in tourist neighborhoods. There are ladyboys in most bars here because simply put, it’s much easier for women to earn more money in these areas. People from South-East Asia have some very specific physical predispositions that allow a lot of people to easily change their gender unnoticeably. That’s why it might be hard to recognize ladyboys on the streets of Thailand, especially if you’re visiting for the first time. I’ve even seen many of them that were just as beautiful as girls, if not even more!

Ladyboys are perceived differently by different kinds of tourists. Some want to avoid ladyboys, others are terrified by them, while some purposely seek them. However, Thai people are known for being very accepting, and in fact, I can say that’s part of their culture. They don’t look at ladyboys in a bad way and are generally not judgmental in regards to the choices that other people make. Be like them!

Personally, I have nothing against transsexuals and they have my full support when it comes to expressing themselves. I just thought it would be a good idea to write this article and give fellow travelers some useful tips on how to recognize ladyboys in Thailand because at times that might seem like a mission impossible.

1. Pay attention to these parts of her body: 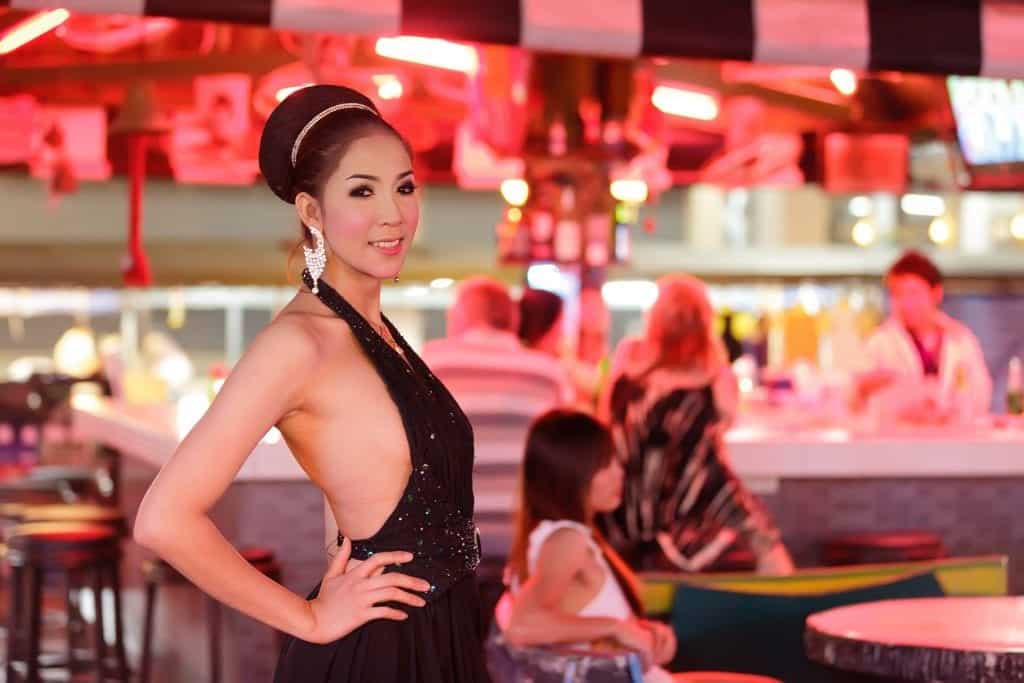 Don’t rely on spotting the Adam’s Apple, as there are surgical procedures to have the bone shaved back.

Ask her to hold her arms out straight and try to bring her elbows together without bending the arms. If she has a normal female skeleton she will easily be able to do this. If not, congratulations, you’ve found a ladyboy.

Related: How to travel to Thailand on a budget?

2. Pay attention to these things about her face: 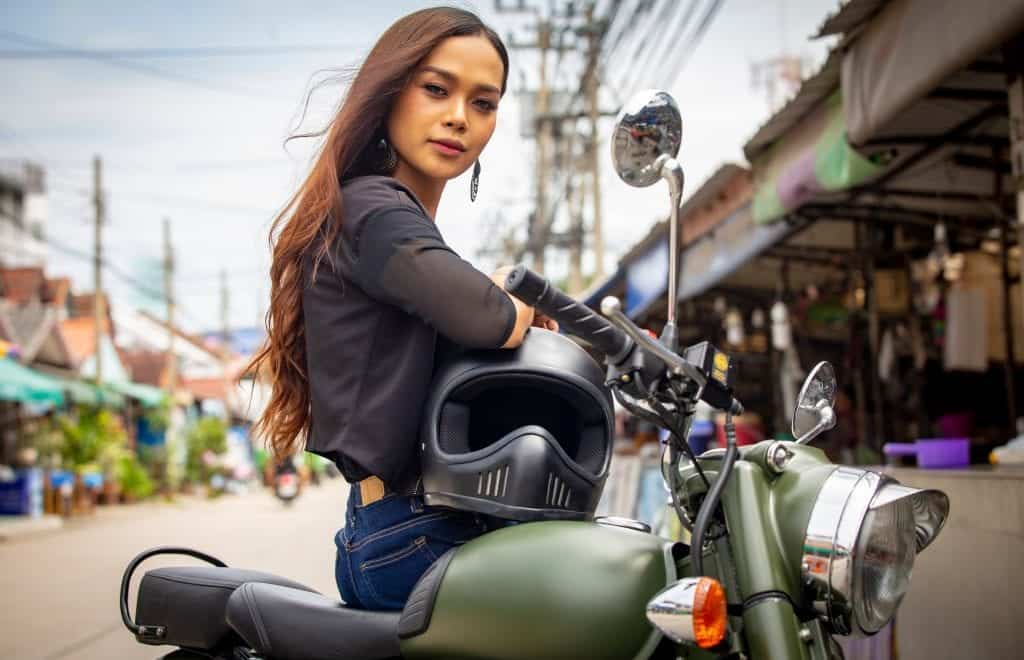 Males usually have a higher hairline than females;

Males have a horizontal ridge of bone above our eyebrows, while females have much smoother and flatter forehead;

The eyebrows of females are generally positioned higher and there’s more room between the eyes and eyebrows;

Males’ jaws are wider, taller, and often have a sharp corner at the back.

Ladyboys, especially the ‘recent ones’ try to speak in a higher voice so they can sound more like girls. However, recognizing this is something that takes a lot of time to perfect. You would probably master this skill after staying in Thailand for a couple of months. 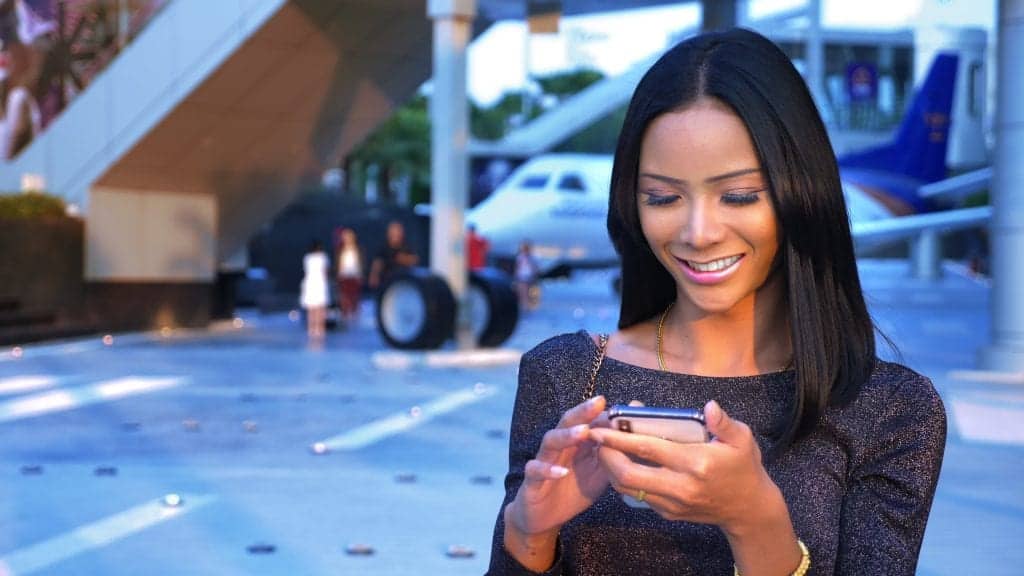 Generally, men have bigger hands than women. However, I met a few Thai guys that had unusually small palms. When in doubt, just take her hand and check whether the skin is smooth like it should be with most girls or not.

If her ring finger is longer than her index finger, I’m sorry but she’s probably a he.

5. The way they dance

I heard this one from an old player that’s been visiting Thailand for more than 20 years: ‘the majority of them can’t dance to save their life because they still have the male gen’.

6. Playing with their hair

Ladyboys almost always fidget with their hair because they are not used to it and are being quite self-conscious about it.

Check the map of the city that you are visiting, and speak with locals before going out, especially in Bangkok, Pattaya, and Phuket. For example, Soi 6 district in Pattaya is well-known for having a lot of bars where you can find a lot of (female) prostitutes. Soi 6/1, on the other hand, just a few feet away, is known for its ladyboy bars.

Traveling to Thailand soon? Check out this list of things you should not do in Thailand and if you need help planning your itinerary, check out our guide to spending 3 weeks in Thailand.

Like mentioned, Thai people are pretty open-minded and there’s no shame in admitting if someone is a ladyboy. Now, of course, some might get upset if you think that they might not be all woman but if you ask in a cautious manner, everything should be fine.

None of the previous methods is foolproof. They are all subjective and might vary from case to case. The only foolproof method is to just ask for their ID. Nowadays all Thai ID cards are in Thai and English language both, so if you ask for the ID (you can say you’re asking it to check their age) and see Mr. someone, you have your answer.

Finally, like the local people, respect the ladyboys. They are human beings and should be treated as such. If you don’t want anything to do with them, just decline politely like you would with a real girl. And avoid arguing with them, cause that might end up bad and just ruin your vacation.

Great info PS. In my extensive experience, a ladyboy will make sure you know that they are a ladyboy. There won't be an oops,SURPRISE! It just doesnt happen.Whether Thai or Filipino.Philippines is very accepting of them as well.I must say these women are a joy to be around.

Thank you for sharing some of your extensive experience, Roadrunner.

That's an interesting observation, I haven't paid much attention to it. Thank you for contributing to the discussion

Forgive me father for I have sinned. If you're are drunk, you have absolutely no chance to recognize them.

Your comment really cracked me up, Arash, thank you for getting involved in the comments :)

Right on, Will. As the article mentions, we're not biased against ladyboys, the article is just for entertainment.

I have never meet a ladyboy before and was always wondering the difference between a ladyboy and a normal girl. Thank you.You have given me all the answers before my questions.

Thanks, Michael. I am glad it helped.