10 closed Russian cities Russia is hiding from the World 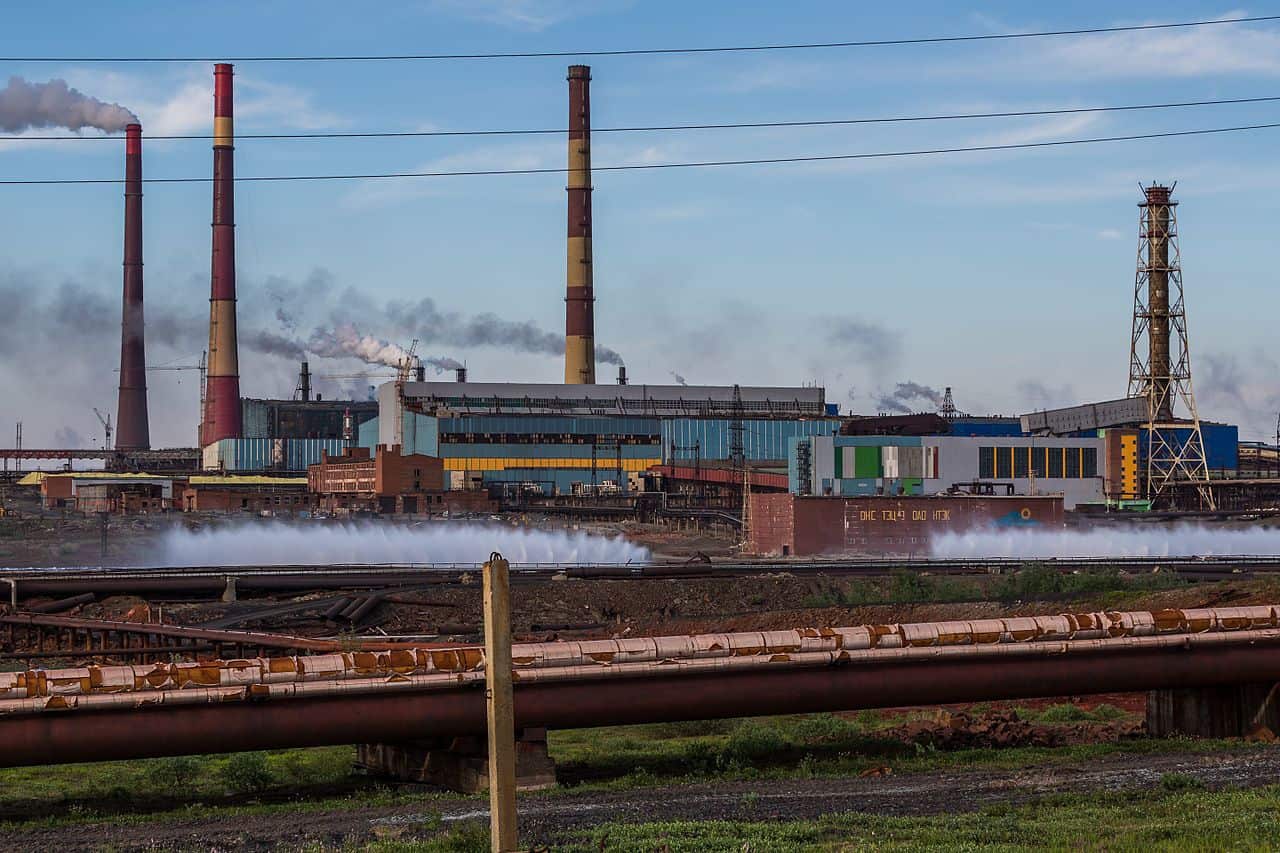 During the socialist era, the Soviet Union had many closed cities that were hidden not only from the prying eyes of enemies but also from its own people. These cities weren’t even shown on the map until 1993 but there were thousands of people living in them which effectively didn’t exist. Most of these closed Russian cities were excluded from train and bus routes and were known only for their postal code, consisting of a name and number.

In some cases, the people living in these cities were given a permission to enter and re-enter their cities but their lives were as secret as those of KGB agents. They weren’t allowed to share their address with their relatives, not yet talk about the things that happen there. In return for their silence, the residents were rewarded with good healthcare, guaranteed jobs, and private apartments.

Today, most of the formerly closed Russian cities are open to the public but there are a few of them which are still hidden by the authorities. It’s estimated that today, there are around 40 closed Russian cities and more than 1.5 million people live here. If you want to visit a closed city, you have to obtain a special permit from the security services and getting one is not easy. Permits are mostly reserved for relatives of people living in these cities or people traveling for work.

This list will show you the 10 most notorious closed cities that Russia is trying to hide from the world.

Seversk was built in 1954 for the needs of the Siberian Chemical Combine. The main purpose of this complex was the production of nuclear weapons. Today, plutonium is still produced in Seversk but it is (supposedly) not being used for nuclear weapons. In 1993, the city suffered a nuclear explosion and in 1997, Russia decided to shut down most of the plutonium-producing reactors in Seversk, following an agreement with the United States.

Despite this, today the city is still closed for non-residents. Even more, visitors aren’t allowed to move around the city freely as there are multiple checkpoints where they have to show entry travel documents. Permits are only given to people that have relatives in Seversk or people that travel to the city for work.

Vilyuchinsk is another remote, Russian closed town in one of the most remote regions in the country: Kamchatka. This city is known for the construction of nuclear submarines and has been a squadron of the Russian Pacific Fleet since the 1930s. The navy base located in the city was supposed to be closed in 2003 due to lack of funds. However, it seems like the base still has continued to operate and was even modernized in the late 2000s. According to some sources, the town is also hiding secret tunnels that can serve as nuclear-proof hideouts for submarines of the Pacific Ocean Fleet. Needless to say, the special permit is a must for people that want to visit Vilyuchinsk.

Zarechny is often described by commentators as a city that still exists in a time capsule of communist life. Most residents live near their workplace- the main nuclear plant in Zarechny, owned by Rosatom, a state-owned corporation that specializes in nuclear energy. Salaries in the town aren’t high but prices are cheap, jobs are guaranteed and the government provides social programs to keep the locals happy.

Despite this, an increased number of young people nowadays want to leave the city but are not allowed to do so because of the harsh restrictions on their movement. The reasons for this are unknown. What exactly is being produced in Zarechny, no one really knows.

Norilsk is the northernmost town to have more than 100,000 residents and probably the most famous city on this list. There are no asphalted roads, no railway that leads to the town, and the only way out is the airport or the port 40 miles away from the city that freezes in the winter that lasts for 9 months. Norilsk is the biggest metallurgical and mining complex in the world. It’s also the most polluted city in Russia with pollution of 2 million tonnes of sulfur dioxide every year. This makes the life expectancy in Norilsk 10 years lower than the Russian average.

Norilsk has been a closed town since 2001 and it’s believed that the reasons for that are the IBM-missile depots, secret mining operations, and the huge mineral reserves of the city. The only way to enter Norilsk is by obtaining permits from the FSB, an agency that succeeded the notorious KGB.

If you’re looking for another more normal but yet unique experience, check out my post about the best things to do in Sochi.

by Sergey Nemanov CC by SA 3.0

On the outside, Ozyorsk looks like a modern European city. Broad squares, interesting architecture, and an abundance of green surfaces are a part of the city. The things that make it different are the radiation and double-barbed wire fence that are surrounding the city. Ozyorsk was the main plutonium producer for Soviet Russia since 1947 when it was built under the name City 40. The city always had a closed, cult-like atmosphere among the 15,000 residents that were effectively cut-off from the rest of the country and the world.

During the Soviet era, the city survived a nuclear disaster, four times more toxic than the one in Chernobyl. However, the authorities did a great job of covering up the incident. That’s why this explosion was not known to the media until recently. Today, more than 90,000 people still live in this closed town today, isolated from the rest of the world.

by MaxBioHazard CC by SA 3.0

The city was established in 1950 as Krasnoyarsk 26 for the production of weapons-grade plutonium. According to some sources, the city has movie-like nuclear facilities built inside caverns in the granite-mountains which are surrounding the city. Most residents are employed by ISS Reshetnev. Since 1959, this company designed 27 different space systems and founded the famous GLONASS program. Russia signed an agreement with the US to shut down two ADE-2 reactors in Zheleznogorsk in 2010. However, the city remains closed today and only a few know what actually goes around in Zheleznogorsk.

Hidden in the taiga forests of the Arkhangelsk Oblast, Mirny is one of the most mysterious Russian closed cities. The name of the city means peaceful but it’s almost certain that the things that take place in Mirny have little to do with maintaining peace. Mirny is one of only a few Russian cities to have its own ballistic missile launching sites and a city that no one heard of or mentioned before 1983.

For a guide of a more normal Russian city, check out my Yekaterinburg travel guide.

Shikhany was founded in 1928 as a closed town. It was opened to the public in 1996 just to be closed again in 1997 after the Chemical Weapons Convention came into force. No one really talked about Shikhany and this place was unknown to the west until 2018. The reason why that changed was the Salisbury poisoning. According to the London Times, the source of the nerve agent used in the Salisbury incident was created in Shikhansky.

The city also hides storages for a large number of military poison substances, owned by the Scientific & Research Institute of Radiation and Chemical Defense. All this makes Shikhany one of the most mysterious closed towns in Russia.

by Воропинова Наталья CC by SA 4.0

Sarov was once known for hosting some of the holiest places of the Russian Orthodox Church. Today, the town is one of the biggest Russian centers for nuclear research. In the 1920s all monasteries were closed and the monks were executed. Since 1923, these same monastery buildings were used as factories for producing rockets. Sarov is surrounded by a double-barbed electric fence and military patrols the town all the time. Foreigners and even Russians aren’t allowed to enter the town without a permit. However, even if you get one, you have to surrender your passports, phone, and cameras before entering.

Znamensk was founded in 1948 as a missile test range facility, under the name of Kapustin Yar. Multiple launches of test rockets and satellites were carried out at the site throughout the years. Eventually, Kapustin Yar became a cosmodrome in 1966 and like the other cities on this list, it wasn’t shown on the map until the 1990s. There are many things that make Znamensk the most mysterious city in Russia and one of them is a UFO crashing that happened in the 1950s. Some even argue this incident allowed the Russians to design Sputnik and achieve an early lead in the Space Race.

This story was kept secret and only recently became known to the media. This made Kapustin Yar known as the Russian Roswell. However, note that this isn’t the only mystery that happened in Znamensk but rather the only one that went public. The site’s function was interrupted after the fall of the Soviet Union but it began working again in 1998.

Did you like this list of closed Russian cities? Would you ever dare to visit any of them? Let us know in the comments! 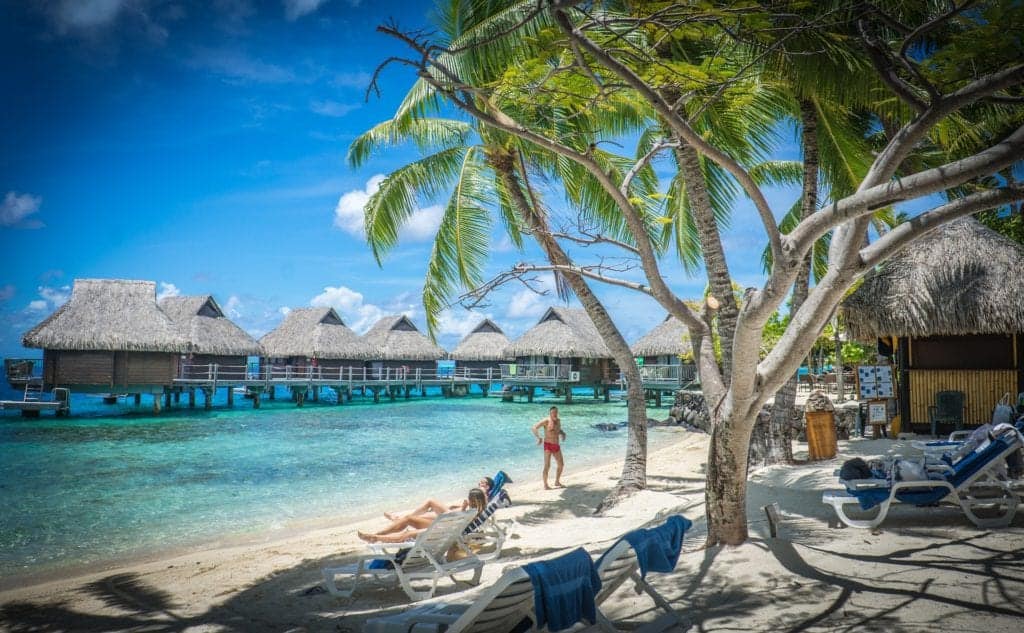 Previous
Luxury travel on a budget: Is it possible?

Next
6 stunning hidden islands in Croatia to get away from the tourist crowds
Click here to cancel reply.

I read about Miley Sue and Karabash recently. So shocked to learn of so many closed towns all devoted to the destruction of humanity and the planet. Deregulation of lake Baikal's protection expires...Russia will never learn.

Hi Kay, thank you for sharing your thoughts. I'm not sure what Miley Sue is and as far as my knowledge goes, Karabash doesn't fall under the classification of a closed city, just a very polluted and impoverished one. With that being said, what happens inside these cities and how much it has to do with the destruction of humanity is open to interpretation. I did hear the news about Lake Baikal, though, that's very unfortunate.

I really liked the article. I have since 2004 searched info regarding this. The amazing people of Russia and the former Soviet has experienced things that they did not deserve. The strength inside a human is so described by the way Russians survived this.

Mr K, I’m curious to know if any of these cities collectively prevent exploration or hiking/climbing expeditions on any particular mountain.

No, Frank, unfortunately, there aren't any such options

I had no idea about these towns – if someone tells me places are hard to get to it makes me want to go more. This blog is fascinating!

I know, right? :D Thank you, I really appreciate it

Great post! This is fascinating. I never even considered that there would be secret cities anywhere! The photo of Mirny is incredible. All these plutonium and nuclear based cities are a little scary.

Thank you for your comment, Joanne. I'm glad you liked it :)