Asia is the world’s largest continent and when you look at the map everything seems normal at first sight. However, Asia has a lot of different ethnic groups, and hence, more border disputes than any other continent. In the previous editions, we saw the strangest borders in Europe, America, and Africa but none of these come close to the strangest international borders in Asia. Only in Asia, you will find three countries claiming the same piece of land, randomly drawn borders, and the craziest enclaves and exclaves. Here are the most unusual borders in Asia!

The seven sisters of India

If you look at the borders of India, you will notice a seemingly isolated territory in the Northeast. This part is connected with the rest of India by a very tiny stretch of land known as the Siliguri Corridor. This border is a consequence of colonialism. After the fall of the British Raj, this area was divided into a Hindu Part and a Muslim Part. The Hindu part is today’s India and the Muslim part consists of today’s Pakistan and Bangladesh (Former East Pakistan). So at the time, the two Pakistans were separated by a large portion of Indian territory, while the Northeast of India remained connected to the rest of the country only by the Siliguri Corridor. To add to this peculiar border, the Indian state of Sikkim rises north of the corridor separating Nepal and Bhutan.

The Wakhan Corridor in Afghanistan 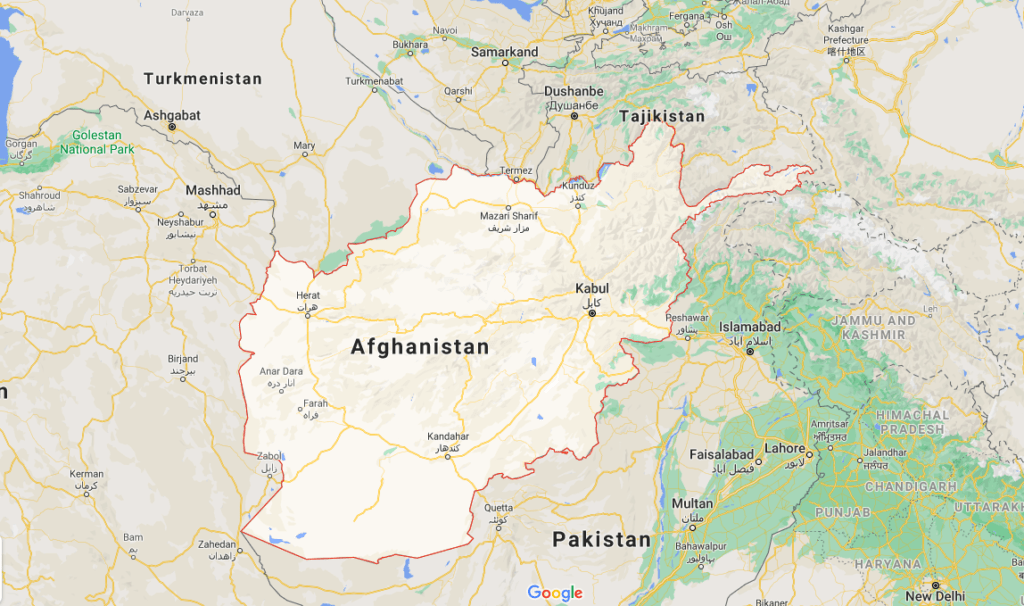 Related: Which are the strangest international borders in Africa?

When you look at the border between Turkey and Syria, everything seems alright. Except for the small chunk of Turkish territory in the middle of nowhere in Syria, that’s not even visible on the map. That is, or was, the tomb of Suleyman Shah, a grandfather of Osman I, the founder of the Ottoman Empire. He was buried in Syria and for geopolitical reasons, his tomb remained a part of Turkey.

Things got pretty interesting lately with the conflict in Syria raging around the tomb. This caused the Turkish government to launch a campaign in Syria to retrieve the remnants of the long dead Suleyman. However, the Turkish government insisted that this is only temporary and the burial site remains a Turkish sovereign territory.

This one is a really complicated one and will certainly tickle your brain. The village of Nahwa is a part of the UAE surrounded by the Omani territory of Madha, which is also surrounded by UAE territory. This makes Nahwa one of only three counter-exclaves in the world. Imagine, these people have to cross two borders just to enter their own country. Oman also has another exclave in the Musandam peninsula.

On a side note, if you’re planning to move to UAE or are thinking about it, check out our guide to living in Dubai for expats.

So imagine if you’re traveling by road from Mainland Oman to Musandam. The shortest road leads through these exclaves. You would have to enter UAE, then Oman again, then the UAE again through Nahwa, then Oman again (Madha), and the UAE again, and to enter one last time in Oman to reach the Musandam Peninsula. Talking about confusing…

If you thought Cyprus was complicated, wait until you hear about this one. I’ll try to put it as simple as I can. Uzbekistan has four enclaves within Kyrgyzstan. Kyrgyzstan and Tajikistan both have one exclave each in Uzbekistan, while Tajikistan has two enclaves inside Kyrgyzstan. What might be a reason for such peculiar borders? The answer is Joseph Stalin and the Soviet Union. During the Soviet era, borders were freely adjusted by Moscow as part of the always-efficient divide and rule strategy. This resulted with some of the craziest enclaves and exclaves in Asia.

Barak, the Kyrgyzstan exclave in Uzbekistan has only 1,000 residents, no post office or any government buildings, and no banks. The only jobs available are working in the local stores. You’re probably wondering why would these people want to live like this, practically isolated from both, Kyrgyzstan and Uzbekistan. They actually did sign a petition asking the Kyrgyzstan government to take them back to their country but the request was rejected because the Government didn’t want to lose this valuable territory to Uzbekistan.

Even more confusing is the territory of Sokh, the largest Uzbek enclave in Kyrgyzstan. This territory is completely surrounded by Kyrgyzstan. However, 99% of the population of Sokh is ethnic Tajiks. Even more, the new visa regime in Central Asia isn’t making things any easier for the residents of Sokh.

The region in South Asia known as Jammu and Kashmir is a reason for disputes between China, India, and Pakistan. During the Partition of India, local governments had a choice of which country to join. All of the Hindu states joined India, while all of the Muslim states joined Pakistan. There were only two local governments that didn’t join any country: Hyderabad and Jammu and Kashmir. India quickly managed to take over Hyderabad since they didn’t want a large country within its borders.

The other case, however was a bit more complicated. Around three-quarters of the population of Jammu and Kashmir are Muslim. Most of the population wanted to join Pakistan but the Maharaja of Jammu and Kashmir wanted to remain independent.  Pakistan obviously didn’t like that so they invaded and on the Maharaja request, India intervened. BUT India refused to help unless Jammu and Kashmir became a part of India. The Maharaja reluctantly accepted this and the war began. India managed to take most of the land but there were several conflicts that followed. That’s why the UN created a line of control that no army was allowed to pass.

However, the line of control didn’t stretch all the way to China, leaving a small unclaimed piece of land. To make things even more complicated, the line of control isn’t the same as the actual border. This also caused a dispute between India and China back in the 70s which left China in control of a small portion of Kashmir.

I can’t complete this article about the most unusual borders in Asia without giving an honorable mention to the India-Bangladesh border. This was probably the most complex border ever. However, the two governments solved the issue with a swap of territories between the two countries back in 2016. At one point in time, the border between India and Bangladesh accounted for 80% of the world’s total enclaves! 106 Indian enclaves were located in Bangladesh while 92 enclaves of Bangladesh were located in India. 24 of these enclaves were counter-enclaves and this border was also home to the world’s only 3rd order enclave. This tiny piece of land was a territory of India, inside an enclave of Bangladesh, which was inside an enclave of India at the territory of Bangladesh!

This was a really difficult issue for both countries because unlike their EU counterparts, India and Bangladesh don’t have open borders so the people that lived in the enclaves were basically trapped. They didn’t even have basic amenities, like water, electricity, and gas and most of the enclaves didn’t have any schools or hospitals around. It wasn’t until 2016 that both countries finally exchanged their enclave territories.

For the cheapest flights to Asia, use this Qatar Airways offer and save up to 25% on your flight.

When it comes to travel insurance, I always use and recommend World Nomads.

If you want to rent a car in Asia, get up to 30% off on all car rentals with this AutoEurope special offer.

And last but not least, to save on accommodation in Asia, this Booking.com discount can get you as much as 20% on all accommodation bookings in Asia.

Were you aware of some of these unusual international borders? Do you think I missed some of the other most unusual borders in Asia? Let me know in the comments!

Danial (Dan On The Road)

I accidentally learned about enclaves and exclaves when Google Mapping Darjeeling and found a whole bunch of “craters” along the India-Bangladesh border. Glad you’ve written about this in laymen terms!

Great to know that Danial.

Wow! I have never been to Turkey! I'm really happy that you have shared this article about Turkey. Now, I want to visit that country soon!

I hope you get the chance to visit soon, Ara

The Nawah village is definitely unique. infact, all the borders you have mentioned here are unique in some terms. Being a citizen of India, I am well aware of the borders in India. The India- Bangladesh border that you have mentioned are strange and complicated, all thanks to the Radcliffe Line. It was definitely an interesting read. Did you cross across any of these borders?

Thank you for commenting, guys. I'm really glad you enjoyed the article. Yes, I have. I crossed the India/Pakistan and India/Bangladesh border but I've always wanted to visit Nawah after learning about it.

What an interesting read, especially because you've mentioned my home country and country of residence here. India's borders, especially with Pakistan (through Kashmir's LOC) and on the east are quite complicated! However, what you have mentioned about Nahwa in the UAE is not something I was aware of, even though I've been living here for 7 years! I find it funny how you compare the Wakhan Corridor in Afghanistan with a human appendix hehe.

Thank you, Medha- I'm really glad you enjoyed this article, learned something new, and even had a laugh. Thank you for commenting :)

The Nawah village is really strangely placed - it's a part of UAE and bordered by Oman. How weird! The disputable borders of India and Pakistan is also an important thing to know about Asian borders. This is an interesting list of all strange borders of Asia, which I really appreciate you for bringing in as we hardly know of these. Thanks for the share, Daniel.

Thank you, Shreya- I'm really glad to hear you liked this post and could learn a few new things from it.