8 off the beaten track countries you didn’t know existed 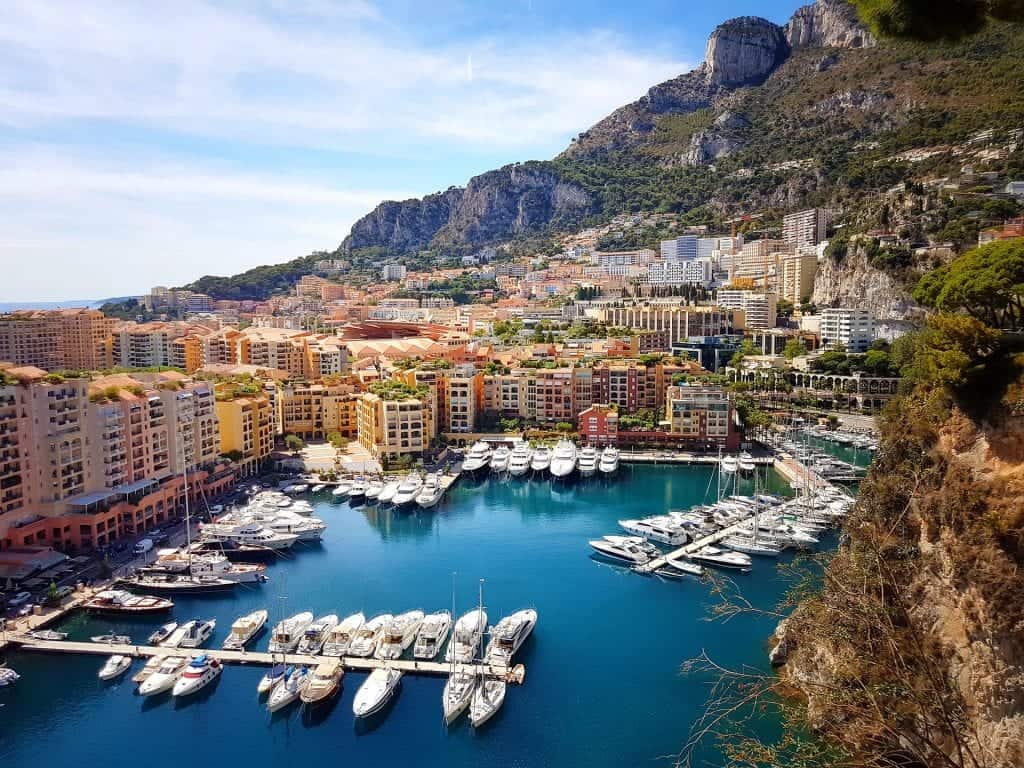 There are 195 official countries in the world and naturally, we relate the word country with a large area of land. However, some nations are so small that are even smaller than the average city. In fact, the 15 smallest countries in the world are smaller than Rhode Island, the smallest state in the US! Some of these countries are famous for one thing or another. The Vatican is the center of the Roman Catholic Church, Monaco is the playground for the rich and famous, Malta and the Maldives have their divine beaches and these countries are normally always under a constant tourist siege. However, there are some microscopic countries that aren’t so fortunate (or are they?).  Here are 8 off the beaten track countries you (probably) didn’t know existed.

Palau is a remote island nation that’s home to 20,000 people living on 250 islands. This island nation is unique because of its geographical location. The country is isolated in the Western Pacific Ocean, hundreds of miles away from the closest large land mass.  A lot of people rate Palau as the best diving destination in the world. So, this island nation is definitely a place to be for ocean lovers. Palau has arguably the richest underwater flora and fauna in the world but unfortunately, that might not be the case for much longer.

Palau might be the first victim of the global warming. The sea level is rising dramatically and there are severe climate changes. Even though there were rarely any typhoons before in the last couple of years, Palau was struck twice by Super-typhoons. This completely destroyed what used to be some of the most pristine and spectacular reefs in the world. So, if you want to visit this gorgeous place (unfortunately) you might not have a lot of time left.

Related: Which are the most isolated cities in the world?

Known as the Caribbean island of spice because of the production of nutmegs and mace crops this island consists of Grenada itself and six other islands. Grenada has the world’s first underwater sculpture park, with most of the sculptures made of concrete without affecting the natural reef and the lives of its inhabitants. A fun fact about Grenada is that it wasn’t colonized a whole century after Columbus’ arrival and it didn’t have an airport until 1985.

Recent history, however, hasn’t been really kind to Grenada. First, Hurricane Ivan destroyed the majority of people’s homes back in 2004 and the US actually invaded Grenada back in 1983. Even more interestingly, the date of the invasion is celebrated as Thanksgiving day in Grenada today. Next.

The islands of St. Kitts and Nevis is the smallest country in the Caribbean in terms of both, population and area. This twin island federation covers 261 km² and it has 45,000 inhabitants. Both islands were formed by volcanos, all of which are now dormant. Hence, you can see white beaches and black volcanic beaches depending on what side of the island you are on.

Like most countries in the Caribbean, St. Kitts and Nevis have their share of pristine tropical forests, beautiful beaches, and amazing carnivals. St. Kitts is known as the sugar-cane island because of the amount of sugar produced here. These two islands are so fertile that even the monkeys are green here. You’ll be able to see them freely wandering around the roads. Next.

The Marshall Islands are an island country located near the Equator in the Pacific Ocean. The islands were heavily bombarded with nuclear explosions that left a huge scar on the island. But these explosions actually made a positive impact on tourism. The main tourist attraction Bravo Crater was created by a huge hydrogen bomb blast.

The Marshall Islands are a home to the world’s largest shark sanctuary, while the only indigenous land mammal is the Polynesian rat. What’s unique about the Marshallese society is that it’s a matrilineal society and land is passed down from generation to generation through the mother. Interesting.

Liechtenstein is one of the smallest countries in Europe, right after Malta, Monaco, and Vatican. This small country is one of the most organized countries on the continent. Liechtenstein has one of the highest GDP per capita and the lowest unemployment rate in the world. It is an Alpine country and it has a lot of gorgeous mountains, making it a perfect winter sports destination.

Liechtenstein is not a part of the European Union but it is part of the Schengen zone which makes it easier for outside travelers to visit. The official language in Liechtenstein is German. However, the people here speak on a dialect, slightly different than the standard German language. Did you know that Liechtenstein was once accidentally invaded by Switzerland? The Swiss soldiers lost track and accidentally crossed the unmarked border. The funniest part was that Government officials weren’t even aware of this and they found out through the news. Hilarious.

The Republic of San Marino is an enclaved microstate entirely surrounded only by Italy northeast of the Alpine Mountains. The country is governed by the Constitution of San Marino, written in the 16th century in Latin and it’s the earliest written governing document still in effect. Pretty cool, right? Right.

San Marino is a very peaceful country. In fact, the last time they participated in a battle was in 1463. Napoleon offered to help San Marino extend its territory back in 1797 but San Marino politely rejected his offer. San Marino also doesn’t have an official religion and it’s the only country in the world with more vehicles than people. The most famous place in San Marino is probably Mount Titano with the historic center of the capital which is a UNESCO heritage site.

Tuvalu is another micronation in the Pacific Ocean, halfway between Hawai and Australia. The whole country is practically the size of Laguna Beach in California. The first inhabitants were Polynesian and came around 3,000 years ago. You might think that an island country will be making a lot of money out of tourism but that’s not the case with Tuvalu.

On average, only 350 people visit the island nation annually, mostly because of its ridiculously small size. And the fact that it’s located in the middle of the ocean without any big land masses nearby. Additionally, the low elevation makes this country vulnerable to tropical cyclones. A fun fact about Tuvalu is that it receives $4 million USD every year for doing literally nothing. The money comes from receiving royalties from the country’s domain name, which is .tv.

Related: Which are the least visited countries in the world?

Formerly known as Pleasant Island, the Republic of Nauru is another island country in the Central Pacific. Nauru used to be part of the German Empire in the 19th century and was administered by Australia and New Zealand after that. The small island country gained its independence in 1968. And. But.

Nauru had a lot of natural resources of phosphor rock. Its extraction and mining operation made Nauru one of the richest countries in the 1960s and 1970s. After fully extracting the resources it became a tax haven and was notorious for money laundering operations. Another fun fact is that Nauru has the highest number of obese people in the world with more than 90% of its residents being overweight.

Did you like this list of off the beaten track countries? Which one was your favorite and which one would you like to visit first? Let us know in the comments!

Next
12 things to know before visiting Iceland
Click here to cancel reply.

I did not know about any of them. They are all so pristine and beautiful. If given a chance, I would pick Grenado and San Marino. This also makes me awestruck at God's creations.

Thank you, Manjulika- I'm glad you could get some travel inspiration from this post.

I never heard of any of these countries so that makes your post perfect. Indeed these are off-the-beaten-track. Tuvulu is so tiny and so stunning. Would love to visit this country

Thank you, Sinjana, I'm really glad to hear you liked this post.

This is a great, informative list! All the detail that you added makes me what to visit there ASAP. I knew most of the countries you listed, and a few are on my bucket list! Liechtenstein and San Marino are definitely towards the top!

Thank you, Martha- I'm glad you liked this post.

I had really never heard about these places except Grenada. It's really great to know about these lovely places. I did love to go for diving in Palau. Marshall Island and San Marino look incredible too! I would love to explore these offbeat destinations.

Thank you, Anjali- I'm glad you could learn a few new things from this post.

Some of these small countries are so beautiful! The only one I have been to out of this list is Liechtenstein and it was pretty like its neighbouring country Switzerland. I have heard of Palau because a friend of mine from the Philippines was planning on having her wedding there! Can't believe Nauru is 21 sq km in size only!

Thank you, Medha and I hope you get the chance to visit Liechtenstein soon.