When traveling around the world, I came across a lot of different views on casino tourism; some countries forbid it, some allow it, while others even have it as a crucial component of their economy. However, it seems like the number of countries that don’t rely on casino tourism is getting smaller and smaller. In fact,  in recent years, casino tourism is becoming more popular in many countries that never had the reputation of a gambling destination, resulting in a lot of emerging casino cities. This means there are more choices for people that like to gamble while traveling abroad. So, if you don’t fancy Vegas and are looking for some alternative, up-and-coming gambling destinations that arenâ€™t Vegas, Monaco or Atlantic City, keep reading!

Before we get to the list, I suggest you toâ€¦

Get some practice online before you play

If you havenâ€™t been to a casino before, you should choose which games to play, learn the rules and try to get some practice online. Who knows, maybe youâ€™ll even end up earning some extra cash for your future trip. If youâ€™re interested in this, you can find information about the best bingo websites by following this blog.

The Bahamas are famous for their amazing diving sites and beautiful beaches and gambling is probably the last thing that comes to mind when thinking about this small island nation. However, Paradise Island is becoming one of the fastest emerging casino cities in the world in recent years. If youâ€™re looking to add some adrenaline and glamour to your vacation, there arenâ€™t many places that can match what Paradise Island has to offer. Interestingly, one of the few such places happens to be in neighboring Nassau. With over 100,000 square feet of gambling floor+ more than 40 restaurants, bars, and clubs, the recently opened Baha Mar complex became the largest casino in the Bahamas, surpassing the more famous Paradise Island resort.

Are you planning to visit the Paradise Island resort and check out their casino? Use this link and get a great discount.

Photo by Gerd Eichmann CC by 4.0

Hidden in the Black Forest near the French border, Baden-Baden is a small alpine town famous for its thermal baths. However, Baden-Baden is also home to the Spielbank Casino whose interior resembles the Versailles castle. This casino has been the playground of the European elites since the 1800s. It was here where Russian writer Fyodor Dostoyevsky got inspiration for its famous novel, â€œThe Gamblerâ€. Nowadays, the casino complex is open for visitors and gamblers alike. You can go inside before 2 PM and take a stroll around when all the tables are empty. You’ll surely be fascinated by the sheer extravagance of the classiest casino in the world.

After the fall of the SSSR, Tallinn has slowly emerged as one of the fastest growing tourist destinations in Europe. Today, Tallinn offers a great mix of historical monuments and urban development. This attracted a lot of tourists throughout the years and eventually lead to the creation of a Vegas-like casino strip inside the city. This complex consists of 35 different casinos with more than a thousand different slots. The complex is so huge that some of the casinos even have business convention centers onsite.

There arenâ€™t a lot of things that can be said about Prague that you donâ€™t already know. Itâ€™s one of the most famous tourist destinations in Europe and one of the most visited cities in the world. However, despite the tourism boom in the last three decades, Prague still rarely gets mentioned when it comes to the best casino cities in Europe. The Czech capital has 14 major casinos and a lot of live poker tables around the city. Prague also hosted many World Poker Series which also shows just how popular this game is in the region.

This list of alternative casino cities wouldnâ€™t be complete without mentioning one of Englandâ€™s finest seaside resorts. Bournemouth is a city riddled with Victorian architecture, beautiful sandy beaches, lush gardens and a lot of places where you can just kick back and relax. However, the city is much more famous for its buzzing nightlife, vibrant night clubs, nudist beaches, and multiple casinos that are open 24/7.

Even though it might not be one of the most famous casino cities in the world, the growth of casino tourism has lead to Sochi turning into ‘the Vegas of Russia’. To be fair, there isnâ€™t a lot of competition for that title; gambling is legal in only in three other areas in the whole country but only a few other places in the world are experiencing such fast growth of casino tourism. The first casino complex in Sochi was opened in 2017 and in 2019, the city already became the first stop of the European Poker Tour. Having in mind all the other activities Sochi offers to tourists, itâ€™s becoming clear that we canâ€™t talk about up and coming casino cities without even mentioning this Russian tourist hub.

Batumi is one of those cities that have everything you need from a vacation spot but remains relatively unknown for some reason. With more people visiting in recent years, the city gained a reputation of being the Vegas of the Black Sea. A lot of Turks and Azerbaijanis visit Batumi every day to gamble in one of the city’s many casinos because gambling is illegal in their countries. However, Batumi is slowly becoming famous among more international tourists and it’s only a matter of time before the city becomes one of the hottest destinations on the Black Sea Coast.

The Sun City Resort in Pilanesberg National Park is slowly becoming one of the premier tourist attractions in South Africa. Itâ€™s probably the only place on Earth where youâ€™ll find a major casino resort located next to a safari spot. So if youâ€™re looking for a great safari destination but you want to have some fun during the nights, Pilanesberg is a great choice.

Fourways is another one of South Africa’s up and coming casino cities. The city is home to a few different casinos, but the most famous one is probably the Montecasino. The design of this casino attempts to replicate an ancient Tuscan village and has more than 80 gaming tables, hosts frequent poker tournaments but there are a lot of other activities you can indulge in. Inside the complex, you can also find a lot of Instagrammable bookstores, cinemas, theaters, and occasionally, even live concerts.

Are you planning a trip to South Africa? Check out this list of unique things to do in Cape Town.

What was initially a small casino hidden in the mountains surrounding the city of Pahang is slowly turning into one of the gambling hotspots in Southeast Asia? Today, the Casino De Genting sprawls on 200,000 square feet, more than 3,000 gaming machines, and 500+ gaming tables. Located at 1,800 meters above sea level, the Casino De Genting is a great place to get away from the busy streets of Kuala Lumpur. Another advantage of this casino is that it’s the only one in the country. Apparently, getting a casino permit in Malaysia is extremely difficult.

The gambling map of Asia keeps changing rapidly and there are a lot of emerging casino cities that didn’t even have gambling until recently. One of them is the capital of Vietnam, Ho Chi Minh City. Until 2017, gambling was completely illegal in Vietnam. Only two years after gambling was legalized, you can find more than 100 casinos across the country, and 10 new casinos were opened in Ho Chi Minh alone. Even though it still canâ€™t compare to cities like Macau or Singapore, the Vietnamese capital becomes increasingly popular among foreign visitors when it comes to gambling.

Perth is one of the most isolated cities in the world but that doesnâ€™t stop it from becoming one of the fastest growing casino cities in the world. The most famous casino in town is the Crown Perth- the largest casino complex in Western Australia. The complex is so big that one could say itâ€™s a city of its own. Inside the Crown Perth, youâ€™ll find a lot of additional facilities, including more than 50 restaurants and bars, nightclubs, concert halls, retail outlets, spa, pools, and even golf courses. 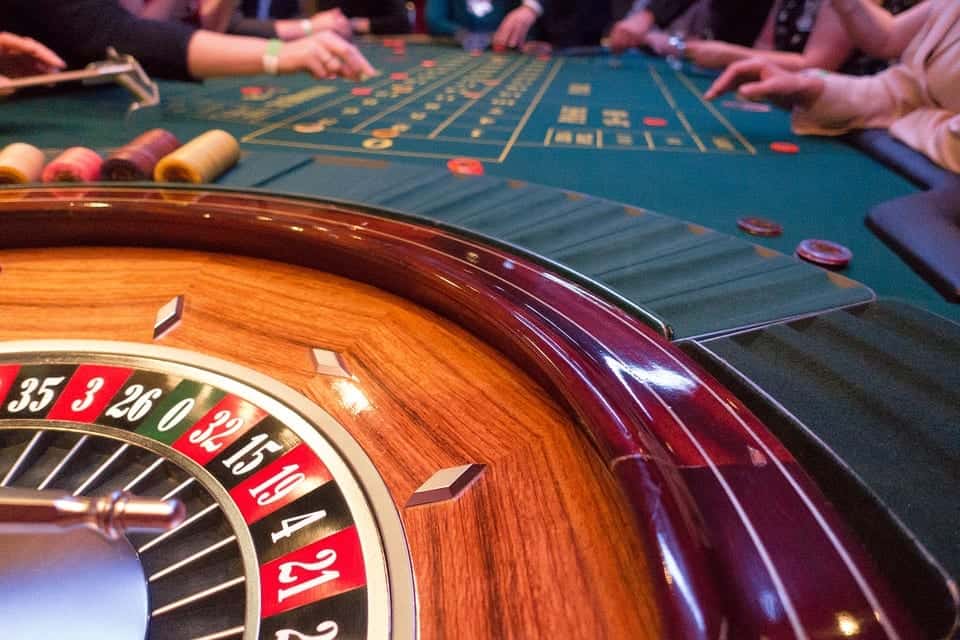 Located north of Buenos Aires, Tigre is the gateway to the wetlands of the vast Parana Delta and home to the largest casino complex in South America. The Trilenium complex includes 237,000 square feet of gambling floor and features more than 80 table games and 1700+ machines. The property also has a lot of additional facilities, including restaurants, bars, concert halls, and VIP rooms.

After the privatization of the 1990s, Panamaâ€™s gaming industry started increasing rapidly and today, Panamaâ€™s capital is one of the fastest growing casino cities in the world. Today, Panama City has 28 casino resorts that tourists can choose from. Casinos in Panama City arenâ€™t clustered together like in Vegas and Reno and the largest casinos are located in some of the most famous hotels in the city. The customer service in the casinos isnâ€™t as high as you’d expect but also, tipping isn’t expected and seldom done.

Located in the state of Nevada, Reno might not be the entertainment capital of the world but the name â€œThe biggest little town in the worldâ€ is quite descriptive. Reno isn’t Vegas in terms of luxury and glamour but you can get almost everything you get in Vegas for a lower price. Additionally, there are a lot of other interesting activities you can indulge in. Reno is home to the National Bowling Stadium and is only 30 minutes away from the majestic ski slopes of Mt. Rose.

Niagara Falls is one of the most beautiful wonders of nature and naturally, it attracts thousands of visitors every day. However, what many people donâ€™t realize is that Niagara Falls is a great up and coming casino tourism destination. There are four casino complexes; three on the Canadian side and one is on the US side of the border. The largest casino resort in town is the Fallsview Casino Resort on the Canadian side of the border, covering an area of 200,000 square feet.

Are you still planning to visit Vegas? Check out the best of Vegas and get up to 50% on all Vegas shows, attractions, and tours.

Did you ever visit some of these emerging casino cities? Do you have any other suggestions of emerging gambling destinations that we didn’t mention? Share your thoughts in the comments.

12 thoughts on “Don’t fancy Vegas? Here’s a list of the best alternative up and coming casino cities in the world”