If you are preparing yourself for a trip to Russia, you probably came across a lot of stereotypes about Russia and its people. Even though some of these stereotypes are a representation of the culture and way of living of the average Russian, most of them are exaggerations or even myths rather than a portrayal of Russian customs and traditions. Of course, when traveling this huge piece of land, you will meet people or even whole communes that perfectly fit the popular stereotypes associated with their country but the joy of traveling comes from discovering the differences of every person and every small village and town you come across along the way. That’s why I decided to write this article: to show you why some of the most famous stereotypes about Russia are actually not true. Let’s start:

1. The most widely consumed drink in Russia is Vodka

The legend says all Russians wake up and go to sleep with vodka and it’s a crucial part of their daily life. Even though I met some Russians that never needed a special occasion to have a vodka or two (or 10), believe it or not, there are a lot of Russians that don’t even like vodka. And no, they don’t get offended if they offer you a glass of vodka and you refuse them. I’ve met a lot of young people in Russia that don’t even consider vodka to be their country’s national drink. Believe it or not, they claim that the national drink of Russia is in fact, tea. Maybe this was the case in the past but in recent years, Russia’s younger generations are much more health-conscious and drink and smoke much less than their ancestors.

On first sight, it seems like Russians have a more serious demeanor and they sure don’t come across as the friendliest people in the world. However, this isn’t because they’re not friendly but because it’s considered impolite to express their emotions in front of strangers. If you have a Russian friend you’ll know what I’m talking about. With strangers, Russian are pretty upfront, they aren’t fans of chit-chat, don’t expect them to smile at you, and ask you how are you doing. In general, Russians don’t try to engage total strangers in conversations. I imagine part of it has to do with the fact that small talk won’t get you home any faster when you’re rushing to reach home and escape the freezing weather. However, once you are friends with a Russian, you will find that they are some of the warmest, most hospitable people in the world.

Enjoying this article? Then, you’ll surely love my guide to discovering hidden gems in Saint Petersburg.

Well, this one is a no-brainer. Most certainly, you cannot call an entire nation racist. It’s true, there are some racists in Russia and sports fans sure aren’t helping improve that image but most of the people in Russia don’t have such views. Their way of communication is different and some people may not be aware of the polite way to converse with people from other countries but they never have bad intentions. In fact, they are very curious about people from other countries and will ask you a lot of questions.

4. Majority of Russians are communists

Communism was linked to the national identity of Russia for almost a century and a lot of people still believe this is true today. I guess this stereotype kind of just remained unchanged since the Cold War-era. Putin’s ruling style also didn’t help improve that image much but this is not true at all. Of course, you will find a few Russians that still think communism is the right social system but they’re too less to make a difference. Most Russian people associate the communism with the scarcity of food, the government oppression and living in fear. Not only are these people not communist but are extremely unlikely to endorse such a regime in the future.

Russia is indeed one of the coldest countries on our planet. Cities in the western part of Russia have temperatures of -30 °C (-22 °F) and it gets even colder in the northern parts. Additionally, Russia is a home to the coldest city on Earth, Oymyakon, with an average temperature of -50 °C. However, don’t forget that Russia is huge! You will find places with very hot summers and extreme temperature differences. Even Moscow sees temperatures of 30+ °C during the summer but Russia also has cities like Sochi and Yashkul, with the latter having recorded the highest temperature ever recorded in Russia: 44 °C.

Since I already mentioned cities, check out my Yekaterinburg travel guide. It’s one of my favorite cities in Russia.

Many people think that Russian gender roles are clearly divided between men and women. According to them, men are supposed to be hard workers and providers for the family. Women, on the other hand, are supposed to be caretakers of the home. This was certainly true during the Soviet era but today, Russia has the highest number of female business leaders: around 40%, which is much higher than countries like the US (23%) and the UK (21%). Gender norms still play a big role in Russian society, especially in smaller towns and villages. However, last year, the government took a step back in this area by changing the domestic violence laws. This just shows that nothing is black and white in Russia.
Related: myth-busting: no one really gets paid to travel the world.

You probably know or have heard about the iconic matryoshka dolls. However, the old, Russian old grannies, with a scarf wrapped around her head are a reality. Babushka literally means a grandmother in Russian and most of them actually look like the famous Babushka doll. And in Russia, these elderly women are treated with a lot of respect when in public. So, don’t be surprised if they come out of nowhere and cut in the line in front of you or demand your seat on the bus. When this happens, I suggest you comply and show respect to the elders: it’s an important part of Russian culture. Plus, no one would take your side if you were to argue with a babushka in the store or on the train.

The only place where this might be true is the Hollywood movies. A lot of young Russians actually love American culture and music and Starbucks is a massive success in Russia despite being there for only 11 years (2007). Despite the sanctions towards Russia from the West, Russians don’t hate America. A lot of them feel like the US is trying to portray them in a bad light because Russia is getting stronger but they don’t hate average Americans because of that.

9. Russia is dangerous to travel around

If we judge by the size of land the authorities have to control, I could say Russia is one of the safest countries in the world. I know you’ve probably seen movies and heard stories about the famous Russian mafia but I never heard of any travelers that experienced a threat to their personal safety while traveling around Russia. There are bad neighborhoods in every city and if you are looking for trouble you are bound to find one. However, if you follow the normal safety rules and regulations, you won’t be in any more danger than you would be in Paris or London. Additionally, you will see a lot of police officers wandering around, which may cause other problems but makes Russian streets pretty safe. 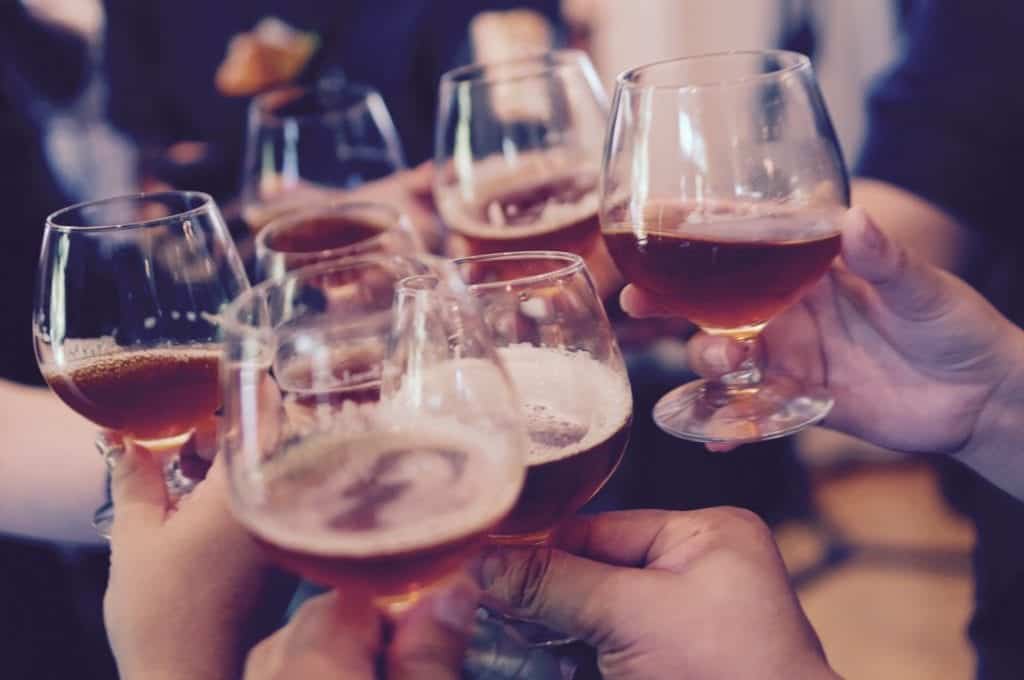 Unlike many people think, Russians don’t say na zdorovie (На Здоровье). Na zdorovie is actually an expression Russians use on three different occasions. They mostly use it to say you’re welcome when someone thanks them for the meal/tea. It can also mean “to your heart’s content” or as a sarcastic remark (you want to jump off the roof? Na zdorovie). When Russians actually make a toast, they usually use different toasting depending on the occasion. The most common ones are “Za Vas” (to you) and “Za Nashu Druzhbu” (to our friendship), “Za vsyo horoshe” (for all the best).

Before you visit Russia

As you probably know, Russia has a rather strict and sometimes complicated visa regime. If you want to learn everything you need to know about the procedure of getting a Russian visa, visit this website for more information.

Were there any other common stereotypes about Russia you came across? Let me know in the comments!

Did you like this article? Pin it from the image below!

Spread the Love
Germany off the beaten path: 13 hidden gems in Germany you didn’t know existed 5 Things about Long-term Travel No One is Telling You

Winter In Saint Petersburg: A Guide To An Icy Paradise In The Heart Of Russia

From Moscow to Vladivostok: The longest train ride in the world